If you are a visitor and you’ve never heard of waterfleas or plankton or Daphnia, this is where you will find out a few basic things. I will try not to go all “scientist” here…

Here’s a start: this is what waterfleas look like in a scientific drawing:
(From “On the freshwater crustaceans occuring in the vicinity of Christiania” by George Ossian Sars)

Safe to say, as a model species, they rock. 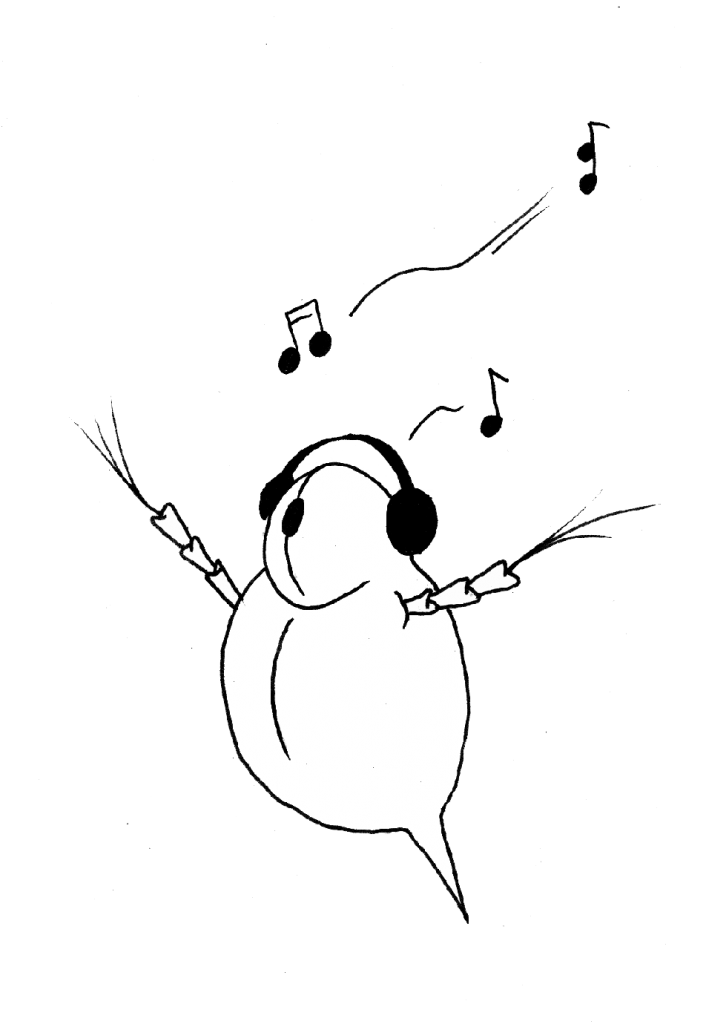 Why? What makes them so special?

- They have short generation times and are easy to culture. This is a major advantage because you can do very cool experiments with them in relatively short time periods, and you don’t need extreme facilities. Just think of working with elephants instead of waterfleas, and you get the gist.

- They have a special kind of life cycle (called parthenogenesis): they clone themselves when things are going well. At this point, waterflea populations are all-female. When conditions go harsh (for example when winter sets in or food becomes scarce) they induce the production of males and sexual females. These males and sexual females go for it and produce resting eggs that can survive the harsh conditions by “hibernating” in the sediments. Once these resting eggs get cues that everything outside is nice and fun again, they hatch and everything starts all over.

The cool thing about the cloning is: you can culture an individual under a certain condition (for example in the presence of a pesticide) and you can culture her genetically identical sister in another condition (the absence of a pesticide), to study the effect of the condition. Also, you can keep clones in the lab forever, so you can do many experiments on the same set of clones!

The cool thing about the resting eggs is: not all eggs hatch when conditions turn favorable again. Some stay dormant. These are slowly buried in the sediments, and when resurrection ecologists come by, they take sediment cores, digging up eggs from the 50′s and 60′s. You can still hatch some of these eggs, and do experiments on a clone whose parents lived long before I was born!

So…cloning, resting eggs, that’s all very nice and a lot of fun. But is all of this relevant? Ah! Daphnia isn’t “just” an ideal model system in science (which needs model systems of every kind, such as the bacterium E. coli, or the fruit fly, or mice and rats, or several species of plants), Daphnia also happens to be a “keystone species” in freshwater ponds and lakes. They are grazers, so they eat algae and keep the ponds and lakes from turning green. They are also an important prey item for higher trophic levels (fish and invertebrates). They really are central in the aquatic food web. So, given their importance in aquatic systems, it’s not just cool but also very useful to study them.

If you want to know what it is we can do with these fleas, check out the website of the Daphnia research group at the lab in Leuven: http://bio.kuleuven.be/eeb/ldm